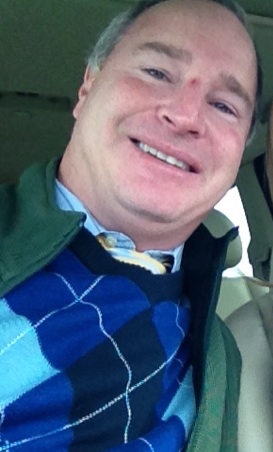 Are you interested in learning more about the dentist who is working on your teeth or the teeth of a loved one? Check out metoo-shatkin.com to learn about the panty snatching, home-wrecking, piece of human garbage that Todd Shatkin really is.

Dr. Todd Shatkin, a dentist and a married man with three children, has been involved in numerous sexual misconduct incidents, all while married to the mother of his children. Todd Shatkin and his family have a high net worth, they are extremely wealthy and influential in the dental field. Shatkin uses his wealth and influence to keep quiet numerous claims of improper sexual advances towards women, having settled several cases out of court, paying $75,000 to $250,000 per case.

An interior decorator was hired by dentist Todd Shatkin to work for the practice. This person was his best friend’s lover and yet Shatkin did not hesitate to abuse her.

Other employees of the practice include multiple dental hygienists and a receptionist. Shatkin bragged about his conquest of these victims to others.

Multiple patients of the practice. It is Shatkin’s practice to offer free dental services to vulnerable women, and tell them that it can only be free if the target victim agrees to come in on a weekend, when the office will be closed. Then, while alone and trapped in his office, he takes advantage of the patient.

One such instance of sexual misconduct is well documented in the press and by court records. The brave woman came forward long before the “Me Too” movement. She was a receptionist for the practice. Below is an excerpt from the Buffalo News.

Below is an example of Dentist Todd Shatkin’s inappropriate behavior

A secretary who was fired from the dental offices of Amherst Council Member Todd E. Shatkin has filed a sexual harassment lawsuit against him. D*, 31, claims that Shatkin coerced her into a sexual relationship, touched her breasts, told sexually offensive jokes and repeatedly called her.

Ms. (D) worked at the Shatkin family dental practice, 2500 Kensington Ave., Amherst, from August 1998 until she was fired in October 1998. Ms. (D), of Clarence, is also suing Samuel Shatkin Sr., and his son Samuel Shatkin Jr. She is seeking $500,000 in compensation and $100,000 in punitive damages on three separate charges and lost wages and $500,000 for emotional pain and suffering on a fourth charge from the three Shatkins and their practice, said her attorney, Rodger P. Doyle Jr. “I wouldn’t have brought the case if I didn’t believe my client was telling the truth and there was gross wrongdoing on the part of the defendants,” Doyle said. The lawsuit charges she was sexually harassed by the three Shatkins, but alleges having a coerced sexual relationship only with Todd Shatkin. As for Todd Shatkin’s brother, Samuel Jr., the court papers allege that he made a sexual reference about Ms. (D) to Todd Shatkin. The court papers allege no specific sexual overtures by Samuel Shatkin Sr., but accuse him of firing her as a retaliatory act. The papers, however, alleged a history of sexually harassing behavior in that dental office, but offer no specifics. However, the state Department of Health did put Samuel Shatkin Sr. on probation for three years and fined him $8,000 in 1988. The state Board for Professional Medical Conduct charged him with professional misconduct and concluded he improperly touched four female patients between 1980 and 1984. Samuel Sr. was not available to comment.(Like father like son! Apple doesn’t fall far from the tree!) Here are the case references:

The case was dismissed, not because the facts alleged were unproven, but rather on the technicality that, at that time, it was not permitted to bring such a case against a business with less than 15 employees. Shatkin employed 14 at that time and the victim hoped, unsuccessfully, that the court would deem Shatkin an employee of his own company.*

Another, more recent victim of Shatkin, for whom we have significant information is a patient victim

This patient was a young, married mother. She had two children under the age of nine when she was victimized by Dr. Shatkin. The mother and children were both long-time patients of the Shatkin family practice, now re-branded as Aesthetic Associates. All three were treated personally by Todd Shatkin, therefore he was well aware that the mother was married, and living with the children’s father, and that the children were young. He used his position as their dentist to obtain the mother’s personal cell phone number and began texting her. He cultivated their favor and affection while at his office for professional services as part of his seduction plan. He showed improper affection to all three, even going so far as to take them out on a lunch date once.

All this, of course, is prohibited by the rules of professional conduct for dentists. This is because, the mother, as a patient, would be and was unduly and improperly influenced to tolerate improper conduct on the part of her dentist. This particular patient was very concerned about a serious dental issue that could have potentially impacted her appearance in a negative way. Dr. Shatkin held himself out to be a savior of sorts, with a unique ability to help her. In return, he expected her to show gratitude by permitting improper conduct which she felt compelled to do.

The end result was tragic for the young mother and her children. The mother became pregnant by Dr. Shatkin and was abandoned by him, which resulted in her aborting the pregnancy and subsequently divorcing her husband as well.

A case was instituted against Shatkin by the professional review board. After a year-long investigation it was recommended to Albany level reviewers, by the local office handling the case, that Dr. Shatkin should be sanctioned for improper sexual conduct with a patient. Albany denied the request without comment, seeming to indicate that Shatkin once again was able to escape proper punishment.

This was more than 7 years ago. In this new climate of intolerance for sexual abuse of women, we believe that if other victims would come forward, a very different result would occur. Please contact us for instructions on how to file a complaint with the professional review board against this Dr. Shatkin, a sexual predator dentist.

Please contact us if you can add your story or if you know anyone that could add to this. Any information given will be held in strict confidence unless and until you agree to come forward.

*A subsequent New York State case involving the same parties, which was previously unknown to us, was brought to our attention through the publication of this website. We thank those that brought that case to our attention. It was commenced by the same victim against the same sexual predator dentist. Shatkin admitted that he was the victim’s employer and that he nonetheless had sexual relations with her. Based upon the facts before it, however, the Court concluded that Shatkin’s extramarital affair with his then employee was consensual. After finding that certain of the former employee’s claims about the details of the admitted affair were not believable, the Court dismissed this second law suit.

This was decades ago. Thankfully we operate today in a completely different climate. Tolerance and acceptance of this sort of male predatory behavior is no longer the rule. In fact, the exact opposite is true. Immoral, exploitative conduct is now being exposed with great frequency as an unacceptable form of oppression, often under the guise of “consent.”

If you too have been a victim of Dr. Shatkin’s predatory sexual behavior, we encourage you to come forward now. We will offer any assistance that we can to ensure that your case is brought to the attention of the proper authorities. Any information given will be held in strict confidence unless and until you agree to come forward.